So Thanksgiving Day arrived about a month early here at Casa Conover.

We didn't start the day by watching a television broadcast of a famous parade; we didn't decorate our Christmas tree; and we didn't watch the Detroit Lions play football.

We did throw down on one helluva deep fried turkey.

And it was beyond good.

For years I had heard a thing or two about the unrivaled deliciousness of a deep fried turkey.

But seeing as though I am deathly afraid of simply turning on our gas grill to cook up a hot dog, you know good and well I've got no business frying a turkey in the backyard for obvious reasons.

And that's why I'm glad we were approached by Jive Turkey to do this review and giveaway...

Jive Turkey is a small artisan producer of deep fried turkeys, and here's their claim, straight from them:

"Our fully-cooked juicy, tender whole turkeys are astonishingly moist inside and protected by enviably crispy and delicious skin and astonishingly moist meat. The turkeys are all natural with no preservatives and packaged in easy to reheat bags with instructions. They are available to customers nationwide...Our turkeys produce a result that is very similar to pulling a turkey out of the fryer before serving. These turkeys are perfect for the occasional cook and provides immeasurable convenience for the busy mom. If someone is working on the holiday or saddled with the task of cooking a whole raw bird for the first time a Jive Turkey can save their Thanksgiving with a ready to eat turkey. "

Frankly, they had me at "occasional cook."

Yes, I am married to an NFL player-turned-professional chef (yes, I concede to being a very, very lucky woman), and it's a good thing because I can't cook my way out of a paper bag.

Therefore, I gave Scott the honors of re-heating this Jive Turkey.

Jive Turkeys arrive in an oven-safe bag that allows the turkey to remain juicy and moist when reheated. Upon delivery, turkeys should be removed from the box (but kept in the bag). The turkey will be frozen or partially frozen and can be defrosted in the refrigerator to be enjoyed within 3 to 4 days. (It can also be frozen and stored up to six months.)

First, Scott took the turkey out of the insulated box it arrived in: 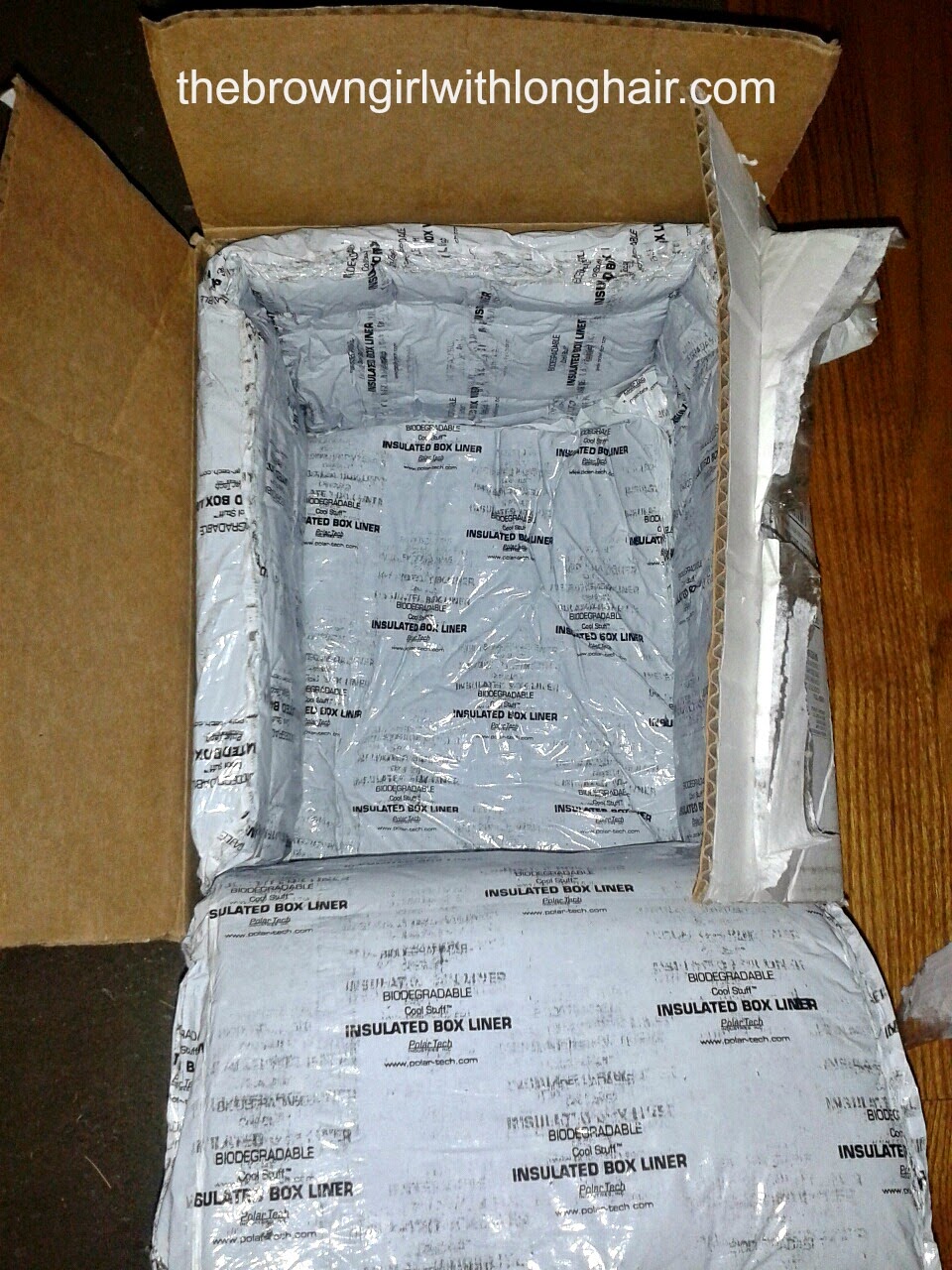 Then, he pre-heated our oven at 350 and popped in the turkey, where it remained for about an hour, per Jive Turkey instructions. Scott made sure to check on it periodically. Here's a peek at the turkey in the home stretch: 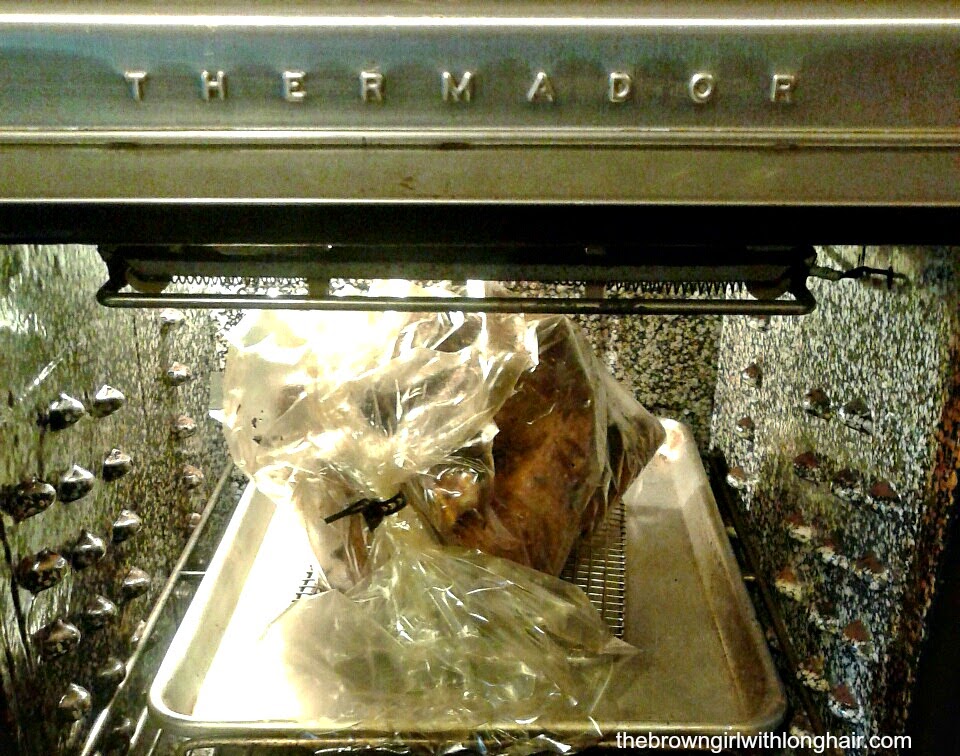 Finally, before long, it was ready to eat. And because we eat with our eyes first, as Scott learned in culinary school, he added fresh kale and oranges -- you know, as an embellishment, of sorts: 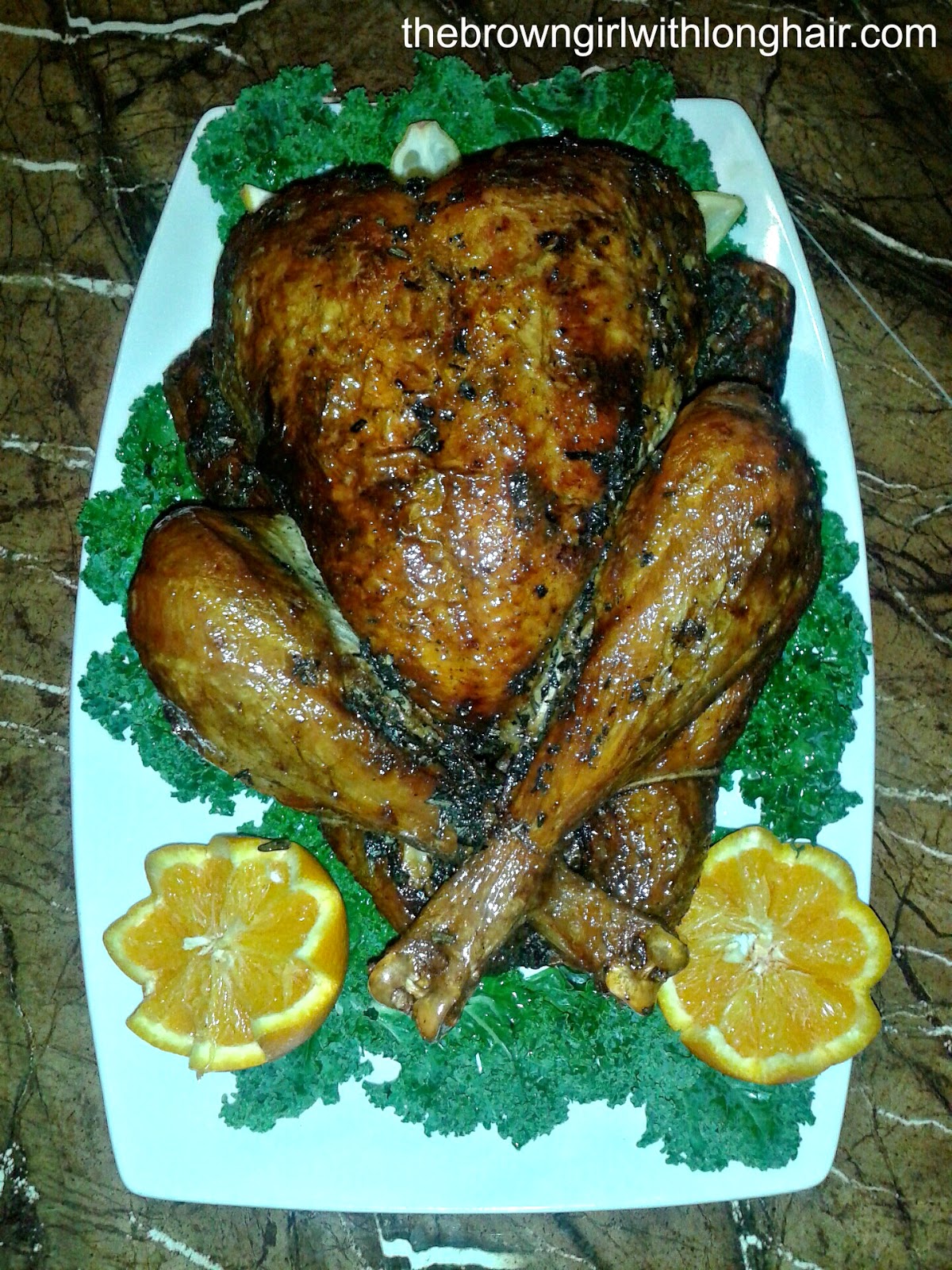 It was moist, perfectly-seasoned, and, really, everything the company claimed it would be.

And the best part?

These photos were taken yesterday, so as I write this, it's only Day Two of TurkeyFest here at Casa Conover.

I'm about to make myself a turkey on toasted wheat with low-fat mayo and provolone, so, if you'll excuse me...

It was moist, perfectly-seasoned, and, really, everything the company claimed it would be.

And the best part?

These photos were taken yesterday, so as I write this, it's only Day Two of TurkeyFest here at Casa Conover.

I'm about to make myself a turkey on toasted wheat with low-fat mayo and provolone, so, if you'll excuse me...

A guest post written by Courtney Conover of the blog Courtneyconover.com. A bit about the author: Courtney, and I'm a wife, mother, certified yoga instructor, and writer. - See more at: http://www.courtneyconover.com